The file type is a runnable .jar, so you should be able to double click and have it start. We designed and tested it for Windows, and while it probably will run on Linux or OSX, we do not officially support it.

Gong is a virtual tennis game synced to songs that provides a dynamic experience that requires fast reflexes to keep up. There are five different songs to choose from, each plays completely different from the others so give them all a try.

We have discovered some rare syncing issues on select devices, so let us know if you have any issues 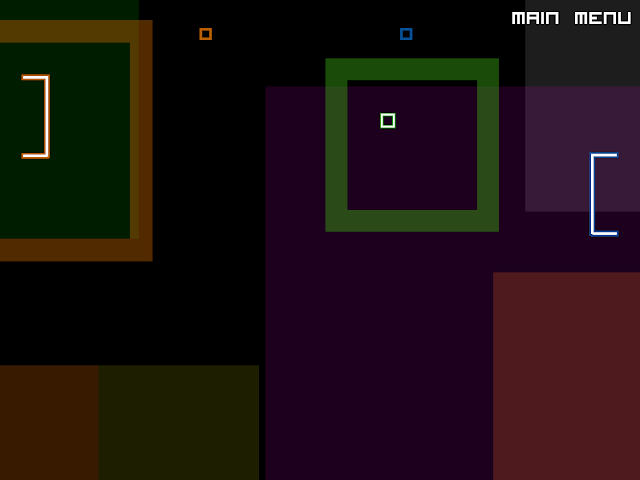 Posted by Dillon at 8:40 AM No comments:

After settling in at Auburn...

Development over the last few weeks slowed a bit since we were settling in, but now we are back on track and working to finish up this game.
Scenario
The basis of the game is pong where the velocity of the ball syncs to the music playing in the background. We did this by calculating the speed of the ball using the distance between the ball and the next paddle and the difference between the current time and a list of breaks predefined for each song. So in order to create a new song, a new list of breaks must be created. This creates an interesting and surprising dynamic that brings at least something fresh to the pong experience. Also, the ball can be curved by swinging the paddle whilst striking it. This is just another little feature to liven up the old concept.
Direction
We looked at various options to make the game more exciting and more rewarding. As shown in the last post, Dillon implemented a bonus system that had green squares drop from above to be collected by a paddle at the bottom. These green squares also synced up to the music by spawning to the quarter-note beat of the music. After testing and playing around with the game this was deemed too stressful and the reward was too small.
Another issue we faced was whether the user controlled both paddles or played against an AI opponent. When the player controlled both paddles, the focus of the game was to keep the ball in play or else a loud obnoxious sound would play to deter you from missing the ball. This playstyle lost its appeal after playing for a little and punished the player too much. We decided to take out the punishing sounds and added an AI opponent. Dillon programmed the opponent to move exponentially towards the ball's projected path in relation to the distance from the intersection. This movement provides the illusion of a more human-like AI opponent. 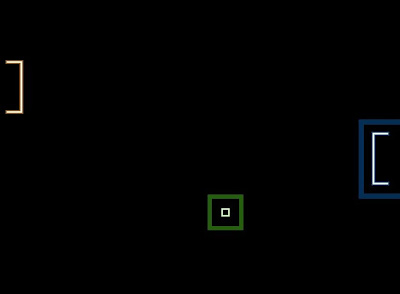 Visual
We have added a few visual effects to make the game more appealing as well. The first of which was an effect that creates an expanding copy of the paddle or ball on each bounce. The expanding copy shares the same color as the glow of the object as well. The expansion rate is related to the speed, so the more intense the ball movement, the more intense and expansive effect.
The main menu now has fonts and flashing rectangles surrounding choices. We selected these fonts because we feel they align with the simple programmer art style of the game. Below is a current screenshot of the main menu. The buttons and title are still subject to centering.
Name
It's Gong! Because it's musical and pong! Get it? WIP 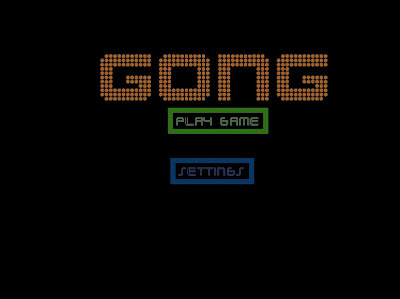 Posted by John Satriano at 3:00 PM No comments:

After testing several gameplay ideas, we eventually settled on a pong-like game with musical influences. The prototype we have been working with the most has the player control both paddles with the mouse to try to keep the ball bouncing across the field. The ball is synced up to background music that will determine the "difficulty" setting of the game. Faster songs and songs with changing rhythms are harder to play while calmer, slower songs are much easier.

We have also been playing with adding multiple layers of game play. For example while you are keeping the ball in play you could also catch falling objects that move to the song's beat for bonus points. This is still being explored because while it does add difficulty it is very frantic and can be frustrating. 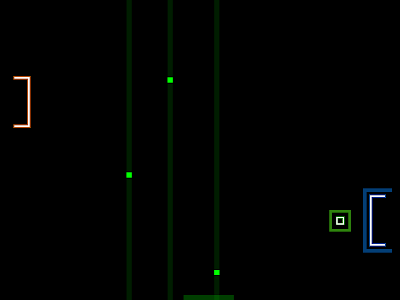 Posted by Dillon at 5:32 PM No comments:

Development for our version of a Pong-like game has started. Jack and I established some of the basic design specifications such as:
Jack began work on some of the basic game structures while I made some methods to draw the paddles and ball in our art style. 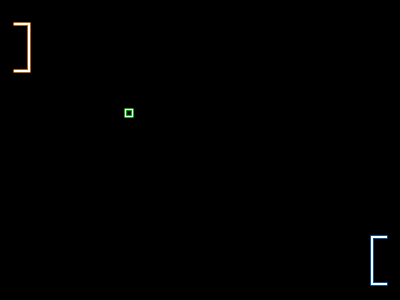 Posted by Dillon at 9:46 AM No comments: